Cheryl Maeder is also a featured Artist of  “Art After Dark” at the Boca Museum of Art on Friday, March 17th, 6 to 8pm.

Vernissage
To benefit the Boca Raton Museum of Art and School
Wednesday, March 15, 2017

Posted by Miami Art Scene at 10:03 AM No comments: 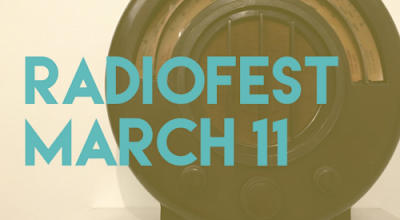 Saturday, March 11th from 10am-9pm Podcast lovers, music buffs, and fiction fans rejoice as The Wolfsonian teams up with WLRN Public Media and The New Tropic to throw RadioFest, a 1-day love letter to radio history, storytelling, and retro tech! Miamians have the chance to have their voices featured in radio stories crafted right before their eyes by the pros at WLRN, AND be the first to experience the world premieres of 4 original radio plays based on actual, real-life South Florida news.

Friends from Jolt, Klangbox, Wynwood Radio, and Moonlighter Makerspace are also lending their time for a suite of amazing talks and interactive activities, plus we’ll have a killer display of vintage radios from Miami-based collector Harvey Mattel—a unique opportunity to check out super-chic throwback designs rarely on public view. Don’t miss this tribute to the technology at the core of communication and connection in the modern world.

Visit the full event listing and see more details at: http://www.themiamiartscene.com/event/the-wolfsonian-fiu-wlrn-new-tropic-present-radiofest/
Posted by Miami Art Scene at 5:45 AM No comments: 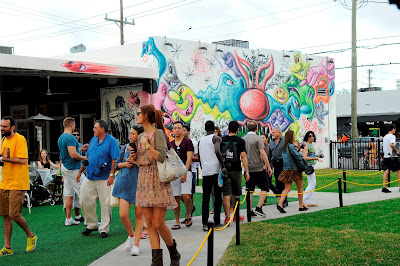 View the full event listing and details at: http://www.themiamiartscene.com/event/wynwood-arts-district-second-saturdays-art-walk-9/
Posted by Miami Art Scene at 5:27 AM No comments: 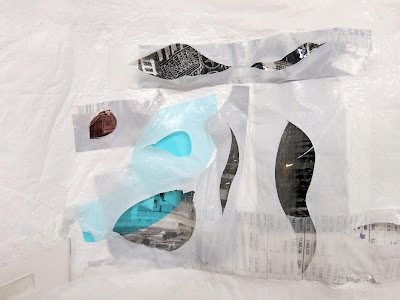 Thursday, March 9th from 7-9:30pm join us at Centro Cultural Español Miami (CCE) for the Opening Reception of Letter from the Unknown by Angela Valella, the artist examines what might be referred to as arcane or archaic modes of communication and technologies, presenting the afterlife those yester years’ technologies has found in the visual arts. The exhibition comes to discuss issues of display and presentation as well as ideas of conservation and preservation.

Letter from Unknown (Woman) is a 1922 novel by Stephan Sweig that was the basis of the 1948 movie by the same name. The title is borrowed from the movie of that name. The exhibition explores the encounter between written text and the digital age-of forms of that represent a material desire for the past and our present means of communication. There will be a collection of first found written literary work and drawings by a writer whose work was never published together with the artist sculptures, installation, collages and video. The exhibition will be on view until April 28th.

View the full event listing and details at: http://www.themiamiartscene.com/event/centro-cultural-espanol-presents-angela-valella/
Posted by Miami Art Scene at 5:57 PM No comments:

Friday, March 10th from 7-11pm join us in celebrating 30 years of art-making in Wynwood at the Bakehouse Art Complex. The evening includes:

And birthday surprises throughout the evening
Proceeds from all donations received during the party benefit the Bakehouse Art Complex and will enable BAC to keep serving Miami’s arts community for the next 30 years and beyond. 561 NW 32nd Street in Miami, Florida 33127.

View the full event listing and details at: http://www.themiamiartscene.com/event/bakehouse-art-complex-30th-birthday-party/
Posted by Miami Art Scene at 5:53 PM No comments:

For more info on listing your event with Miami Art Scene™ email: editor@themiamiartscene.com

Posted by Miami Art Scene at 5:43 PM No comments: 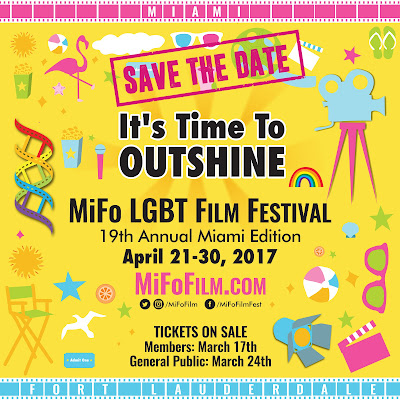 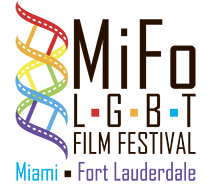 The MiFo LGBT Film Festival is committed to its mission: to inspire, entertain, and educate the public, encourage a sense of community through international and culturally diverse film, video, and other media that offer historical and contemporary perspectives on the gay, lesbian, bisexual, and transgender experience.

The Miami Edition has grown from a 3-day event in which twenty-five films were presented to the current format of 10-days with 65+films.

The Fort Lauderdale Edition has recently grown from a 3-day event to a two weekend event showcasing 50+ films.

Posted by Miami Art Scene at 12:30 PM No comments:

The one & only Whisbe Art - New York City street artist WhIsBe is noted for his whimsical iconography, juxtaposing innocuous and benign images within an edgier context. 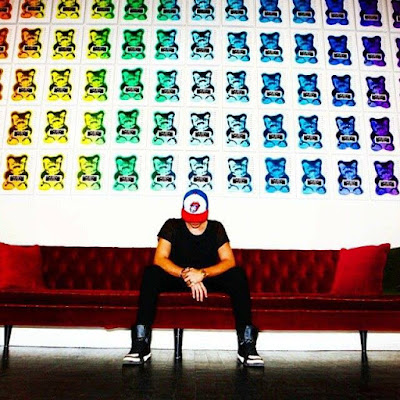 Mixed with self taught skills and an education from New York’s School of Visual Arts, Whisbe’s street work began to appear in 2011 across the US and Europe when his McDictator piece received worldwide media attention. 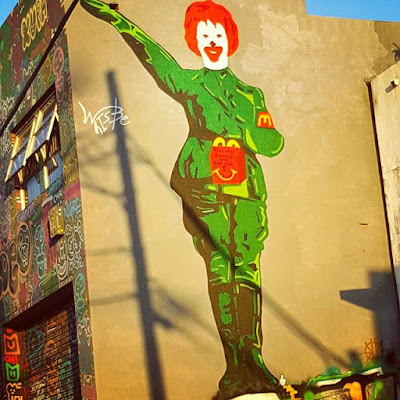 The artist was speaking out by depicting Ronald McDonald as a malevolent dictator, as The Huffington Post put it, “the McDonaldization of America.” The use of this figure to expound political opinion in this familiar street theme has become popular among many other artists such as Banksy, also using the jovial mascot as a foil for sociological commentary. 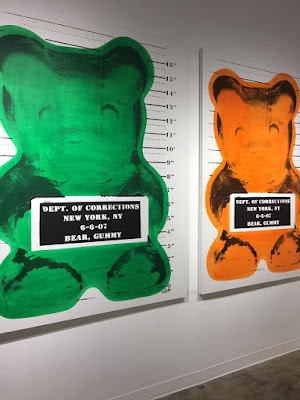 Whisbe is also known for his incorrigible gummy bears - depicting various colors of gummy bears as well as other known characters such as Mickey Mouse and Darth Vader in classic mugshot images; all of whom are cleverly photographed and booked, holding a placard with relevant details listed about the "arrest". 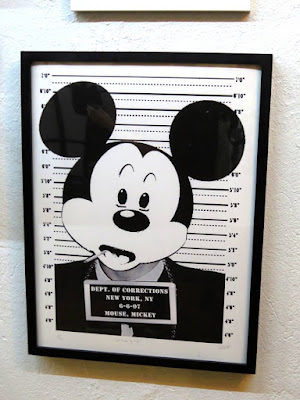 Most recently, the artist work was on view at Art Basel with Castle Fitzjohns Gallery, Art Southampton with the Keszler Gallery, and featured in HBOs BANKSY documentary “Better Out Than In”.

Already being placed alongside numerous other successful artists such as Marco Glaviano, Russell Young and FAILE. He is certainly one to keep your eyes on with much more to come!
Posted by Miami Art Scene at 7:34 PM No comments:

Posted by Miami Art Scene at 6:20 PM No comments:

Posted by Miami Art Scene at 6:17 PM No comments: