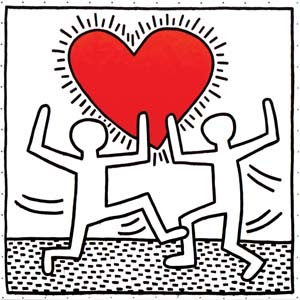 The Rubell Museum's new campus will open on December 4, 2019 with a museum-wide installation of works that chronicle key artists, moments, and movements in vital arts centers over the past 50 years, from the East Village to Beijing, Los Angeles to Leipzig, and São Paulo to Tokyo. The inaugural exhibition encompasses more than 300 works by 100 artists, providing one of the most far-ranging museum exhibitions of contemporary art ever presented. Drawn entirely from their expansive collection of over 7,200 works by more than 1,000 artists, the exhibition features defining and seminal works by artists whom the Rubells championed as they were first emerging (often becoming the first collectors to acquire their work) and those who had been overlooked. The new Rubell Museum is located in the Allapattah neighborhood of Miami, less than a mile from its original home in Wynwood. The new space is closer to downtown and readily accessible via public transportation. 1100 NW 23 Street in Miami, Florida 33127. Enjoy Free admission courtesy of HBO during Miami Art Week hours:
Dec 4-6, 9 am - 5 pm
Dec 7-8, 10 am - 5 pm

Retracing the Rubells’ journeys to both major and emerging art centers around the world, the inaugural exhibition includes surveys of artists working in proximity to one another and deep dives into individual careers, tracing influences and revealing parallels among contemporaries and across generations. Installed within the museum’s 40 galleries and its public spaces, highlights from the installation include:

“For more than 50 years we have been on an incredible mission: searching for new art and art that has been overlooked. Now, with the opening of the new Rubell Museum, we will be able to share the remarkable range of art we fell in love with along the way,” stated Mera Rubell. “Rather than presenting a single narrative or survey, we wanted to let the many voices that contribute to contemporary art speak for themselves and with each other. In retracing our steps, we hope visitors will discover, as we did, that creativity thrives where artists energize each other’s practices, and wrestle with shared issues and artmaking in new ways.”
Posted by Miami Art Scene at 5:29 AM