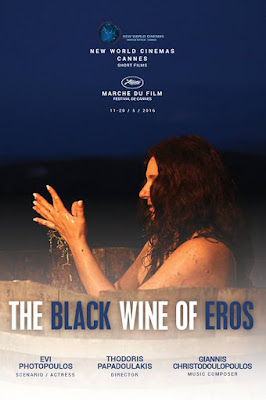 Photopoulos is the Guest of Honor with daily screenings of her short film 'The BLACK WINES of EROS' via New World Cinemas May 10-20, 2016. 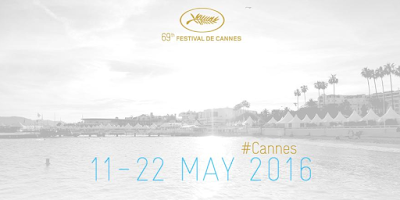 "The Festival de Cannes is a celebration of cinematographic art. We exist to showcase the new writing, new genres and new visual innovations of our time. Every year in May, Cannes gives a sort of snapshot - both ephemeral and lasting, when one adds up the years - of what constitutes the art of cinema." -Thierry Frémaux, Director of the Institut Lumière and of the Cannes Film Festival.

The project is a multi-media involvement of fine art, costume design, scenario, poems/songs, and acting based on Photopoulos' poetry book 'Eros The Nude'. Guests at the film festivals will enjoy a live performance with the artist & filmmakers' songs played on the piano during Cannes Festival & March du Film by composer Giannis Christodoulopoulos (Olympic 2004).With daily screenings and her composer playing songs on the piano based on Photopoulos' book of poems. Also New World Cinemas March du Cannes May 11-20, 2016; Official Poster and Daily Screenings with two (2) days of exclusive distribution; May 13 & 14.
Posted by Miami Art Scene at 12:20 PM